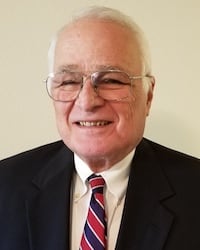 The State of California

Individual and business clients with regard to tax matters, as follows:

Legal Editor to King's Guide to Offer and Compromise

Contact Us
Download Special Report
Services
Client Reviews
★★★★★
David has been my attorney for several years and has helped me walk through major life changing situations with compassion and understanding and good legal and personal advice. My IRS debt is about a thing of the past and my state tax is now handled as well. I can recommend Dave for his tax and legal expertise. Tobin
★★★★★
When I contacted David Greenberg, I owed the IRS over $150,000 and he was able to help me have those payments discharged. I am forever thankful. David is always there for me when I call and I have referred him to friends who have also hired him with excellent results. I can't say enough wonderful things about Mr. Greenberg and his staff. John
★★★★★
He is a super big help with tax problems. He is very informative, knows exactly what to do & when. He is also sympathetic & understanding; knows what to say to calm all fears & worries. Furthermore, he works his hardest to ensure comfortable payment plans or alternative discount methods to ease any financial obligations. He is a great asset to those in need of tax resolutions. Debbie
★★★★★
What can I say about David other than he is a genius and knows his tax law. In 2009 I was hit extremely hard by the financial meltdown. I contacted David to help my wife and I through a personal bankruptcy and a 6 digit IRS Tax Lien. He was wonderful to work with and walked us through the whole process. The biggest hurdle was the IRS Tax debt. What an amazing job David performed. It took some time, as he said it would. The IRS agreed to an Offer and Conpromise and forgave 97% of the debt. I would highly recommend David Greenberg for any Tax or Bankruptcy issues. He is amazing. Fred
★★★★★
Attorney David Greenberg, assisted me with a tax issue and kept the IRS from just randomly taking money while resolving the issue. He is polite,attentive and willing to help his clients. I wholeheartedly recommend David Greenberg, for any tax issues you may be facing. Anthony
View More
Submit a Law Firm Client Review